What Is a Liquor or Distilled Spirit? 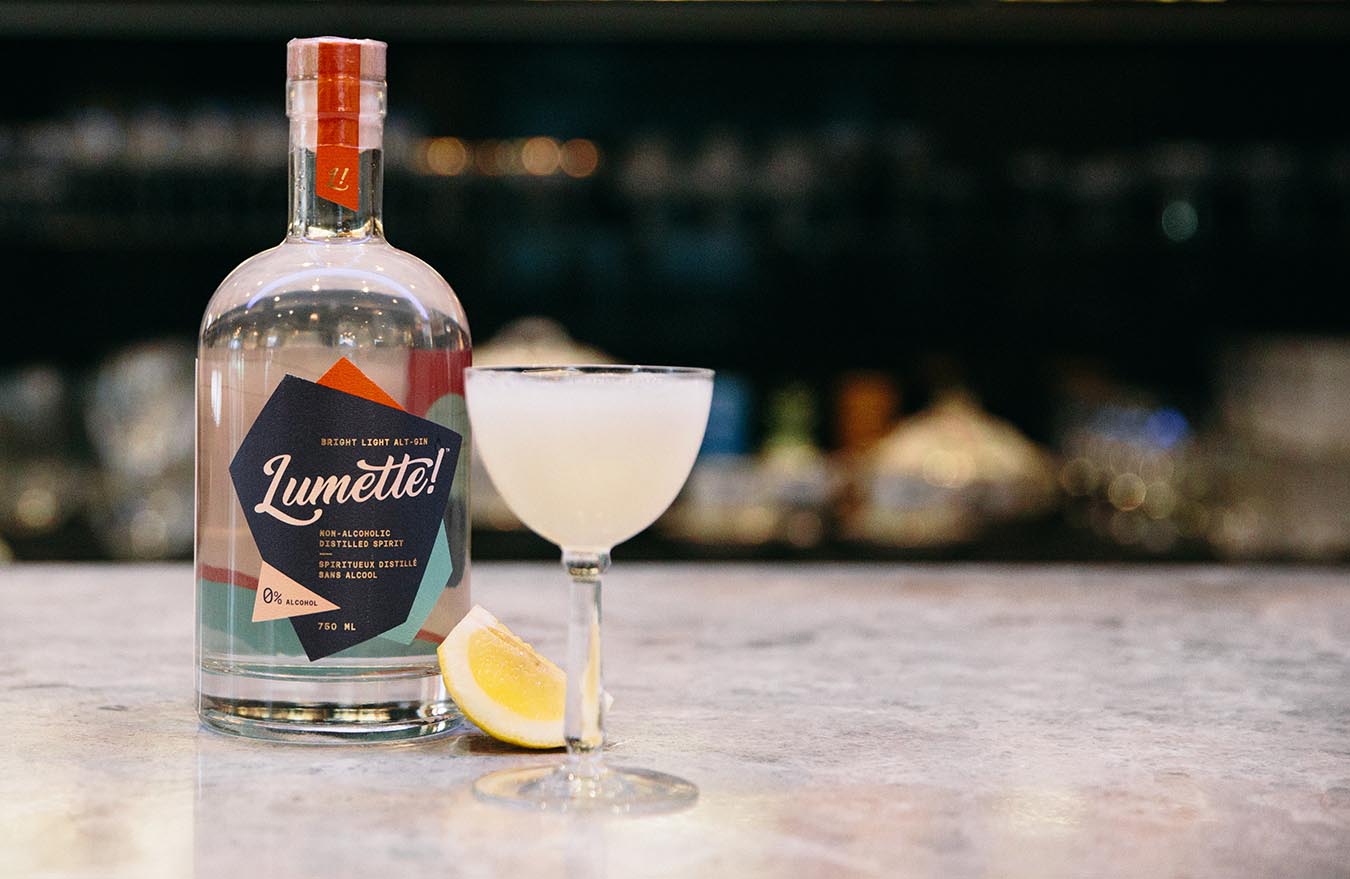 What are alcoholic spirits, exactly? Basically they’re the biggest, brawniest older brother of the alcohol family. All alcoholic beverages are made by fermenting some form of sugary brew into ethanol and CO2. Because yeast can only ferment so much before alcohol levels become toxic to them, we have to distill (or physically separate out the water) to get higher alcohol concentrations. And that’s why “spirits” are differentiated in two ways: they’re distilled, and they have higher average ABVs, from around 20% to as high as 80 or 90% ABV (most spirits fall somewhere much closer to the middle).

Liquors Are Essential in the Bar and Primary Cocktail Ingredients. A liquor, or distilled spirit, is an alcoholic beverage distilled from grains, fruits, or other fermentable ingredients. Much stronger than beer and wine, distilled spirits include brandy, gin, rum, tequila, whiskey, vodka, and various flavored liqueurs. These are the primary ingredients used in cocktails, and the majority of mixed drink recipes require at least one liquor. Whether you call it a liquor, a spirit, or simply booze, these bottles are essential in the bar. 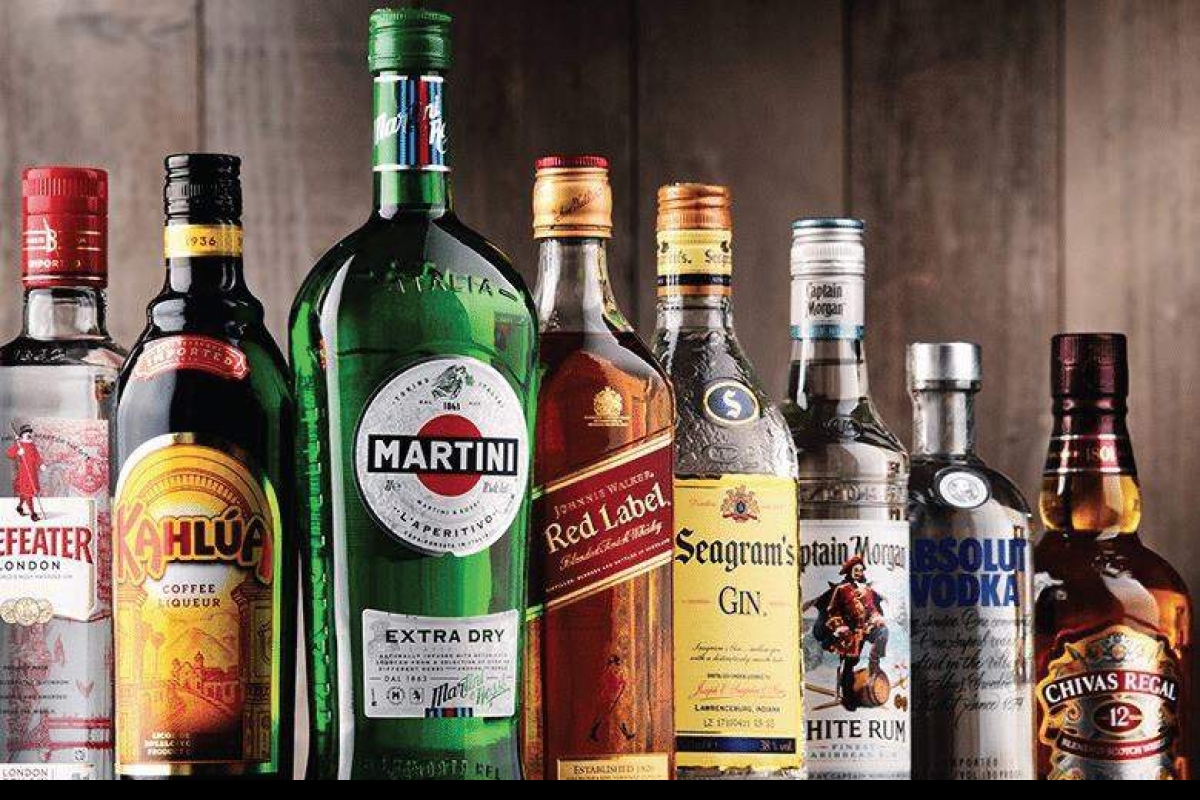 How Distilled Spirits Are Made

While a liquor's definition differentiates it as "distilled rather than fermented," every distilled spirit begins with a base ingredient's fermentation. This initial process is similar to making beer and wine: yeast is added to wort (a mixture of water and a mash containing a fermentable organic substance). As the yeast works its magic, the base ingredient's sugars are converted into alcohol.

The primary ingredient defines the type of liquor that is produced:

Whiskey distillers often use the term "mashbill" when referring to their recipe's particular mixture of grains. They may disclose the specific percentage of each grain or the dominance of a single grain. For instance, "high-rye" refers to a whiskey with a larger than normal portion of rye. Some whiskey styles require a particular dominant grain. The law regarding bourbon, for example, states that the mashbill must include at least 51 percent corn.

Once fermented, the liquid is distilled through either a column still or a pot still. Alcohol has a lower boiling point than water, so the still's heat forces the alcohol in the fermented liquid to evaporate. The water is left behind, and the alcohol vapor is forced into the next stage of the still. Depending on the setup, this may be a series of coils or another pot. When the vapor is cooled, it condenses and creates a concentrated alcohol liquid. Called the "distillate," alcohol straight from the still is so strong that it is undrinkable.

After distillation, the distillate may be filtered, aged, or flavored (or a combination of any or all three). It is also diluted with water to the bottling strength—the alcohol by volume (ABV), or proof, on the label. The exact process depends on the type of liquor being made—for instance, gin is flavored with botanicals inside the still—and each distiller's preferred method for any of the distillation steps. 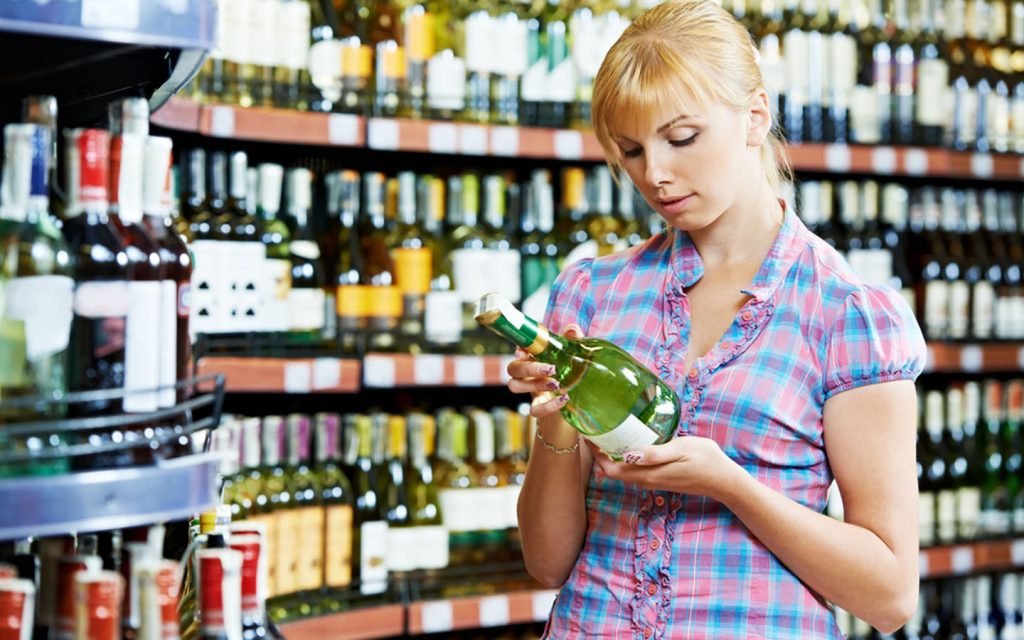 Among all the liquors available today, six styles form the base for most mixed drinks and cocktails. The "base liquors" are brandy, gin, rum, tequila, vodka, and whiskey. Each has its own unique characteristics and includes several styles. Categories such as London dry gin, cognac, and reposado tequila are further defined by specific production methods, regions, and flavor profiles. Whiskey is one of the most complicated and is broken down into bourbon, Irish whiskey, rye whiskey, scotch, etc.

The standard bottling strength of liquor is 40 percent ABV (80 proof). Some are stronger and can reach as high as 151 proof.

A Variety of Liqueurs

Liqueurs, or cordials, are sweetened, flavored distilled spirits. They are typically made from one or more of the base liquors or a neutral grain spirit blended with a sweetener and natural or artificial flavoring ingredients. Liqueurs tend to be lower-proof and bottled around 15 percent to 30 percent ABV (30 to 60 proof). However, some are just as strong as the base liquors. For example, the popular orange liqueurs Cointreau and Grand Marnier are both 80 proof.

Liqueurs add flavor to cocktails. Some feature a single flavor, such as apple, strawberry, peach, or melon, while others blend multiple ingredients. Popular liqueurs like Benedictine, Chartreuse, Drambuie, and Hpnotiq use a variety of herbs, spices, botanicals, and fruits to create their signature tastes. Many of these recipes are kept secret, though some companies reveal at least a portion of the ingredient list. 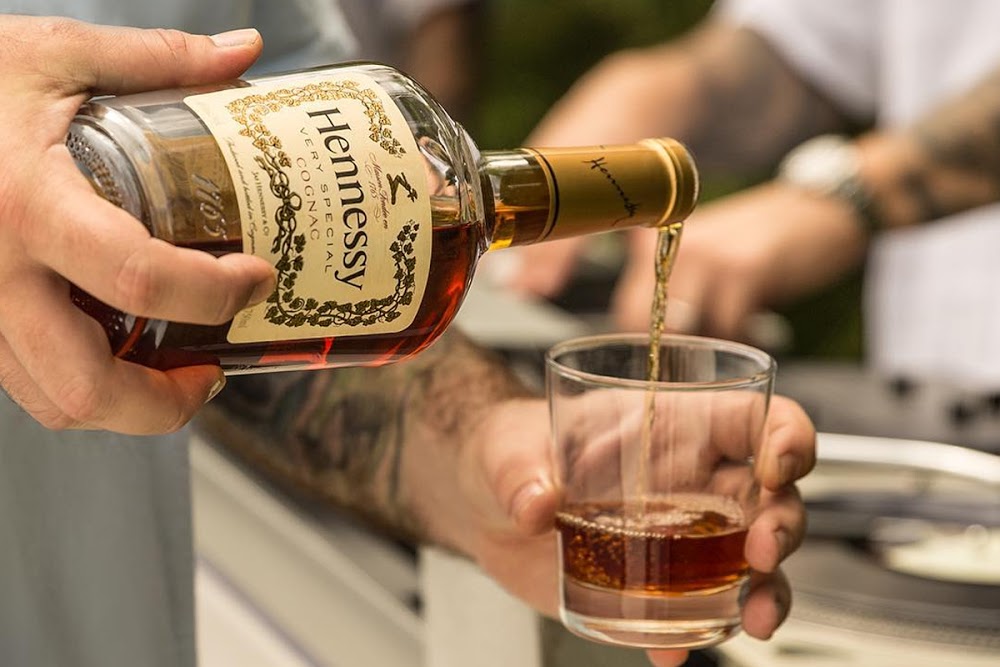 Classifying distilled spirits is not as simple as liquor versus liqueur. Some fall into none of the conventional categories, and a few are used so often in the bar that they tend to get grouped with the liquors.

Absinthe and VeeV Açai Spirit are good examples. Although they may have characteristics of one of the base spirits, they are flavored like liqueurs but are not sweetened. Since there are no other labels to define these oddities accurately, they are often referred to as "spirits."

Other exceptions in the bar include the long list of apéritifs and digestifs. Some are fortified wines or include distilled spirits, and others have added sugar and could be classified as liqueurs. A few only fit under the labels aperitif or digestif because they are unique unto themselves.

One such case is vermouth. It is commonly found in the liqueur section of bars and liquor stores because it's essential for martinis, Manhattans, and the like. While that makes it easily mistaken for a liquor, vermouth is a fortified wine. Though often blended with brandy or another distilled spirit to "fortify" the wine, they are not liquors under any formal definitions.

When classifying any alcoholic beverage, it is best to take each case individually. The market is so diverse that it can be hard to know what's what. Whenever you're in doubt (or need to settle some debate at the bar), read the label.