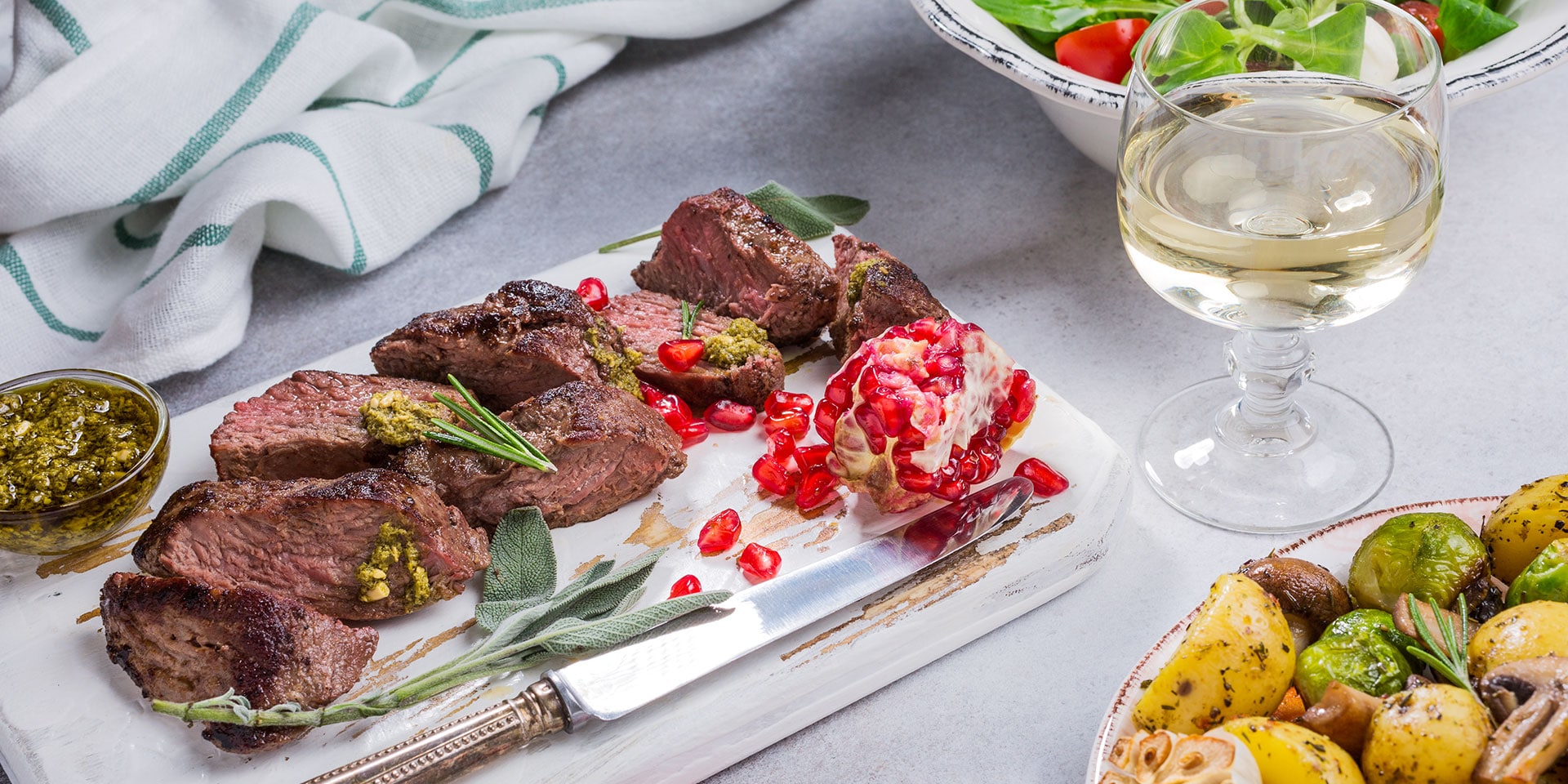 Australian cuisine reflects a selection of unique treats, iconic products and traditional recipes, which honours Australia’s wide expanse of tastes. Regardless of some of the questionable collaborations or inventive creations, you will be able to find something to love in this list of the top 10 Australia foods.

You could argue that the best Australian food in Sydney is also basically the best of the world’s cuisine, prepared with a flair for which the city is famous. And while it’s true that you can find amazing food from every far-flung corner of Earth in Australia’s largest city, there are still some classic Aussie foods that you should look out for when visiting Sydney. The hipster’s staple – avocado – features here, as does a host of incredible seafood varieties from the rich Pacific waters off the coast.

Barramundi is a quintessential Australian fish that’s served in restaurants all over the country but is particularly common in Sydney. Native to Australia and the Indo-Pacific, barramundi is a hardy species. They’re naturally high in heart-healthy Omega-3 fatty acids and can be easily farmed without the use of antibiotics or hormones.

They’re also a great source of lean protein with a gentle, mild flavour and toothsome texture, and it’s virtually impossible to overcook. Like common types of whitefish, barramundi lacks a strong odour and can be used in a variety of recipes. 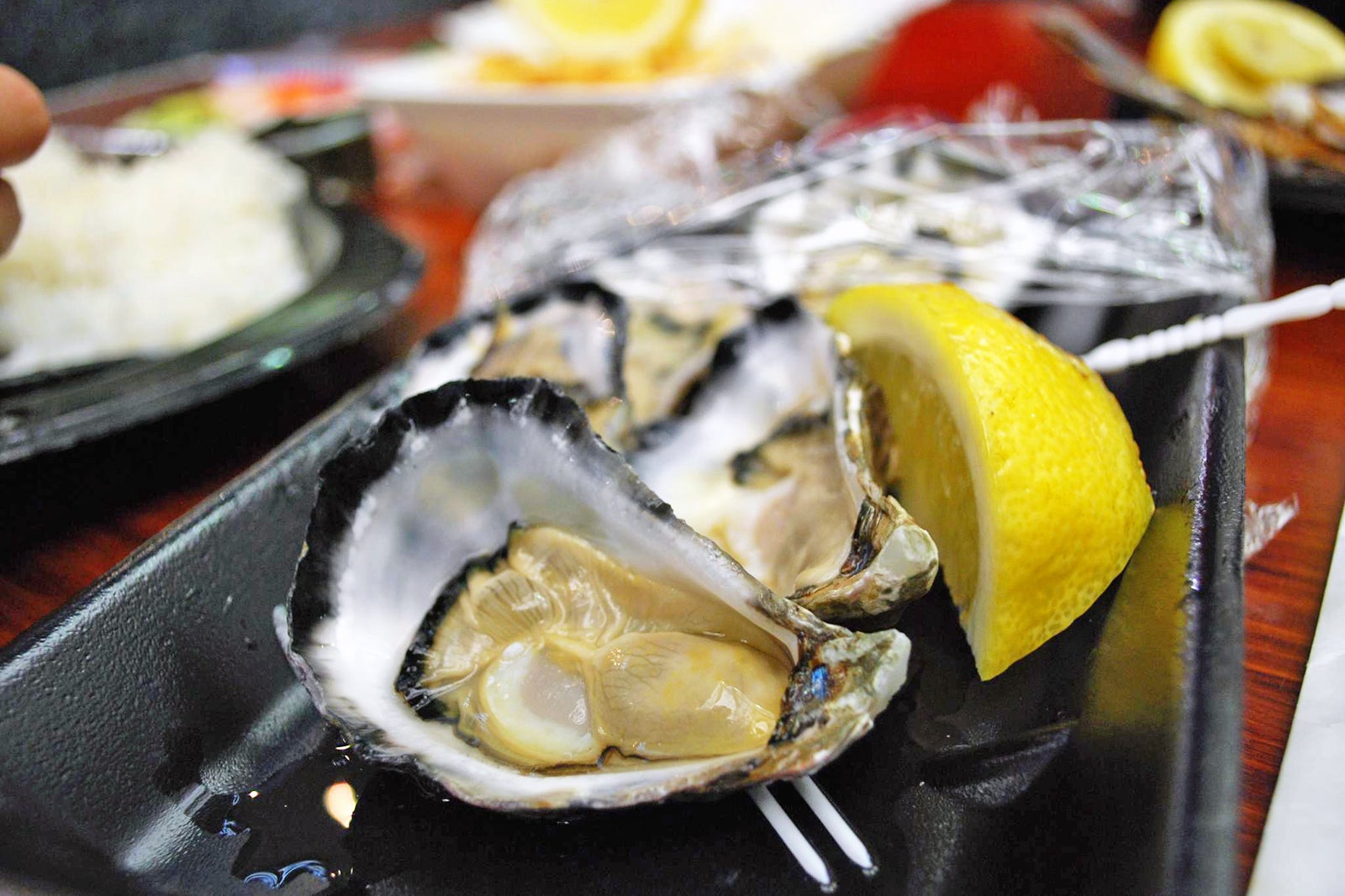 The Sydney rock oyster is a culinary jewel of the Australian coast. Though its taste can differ by habitat, the Sydney rock oyster has a deep, rich and lasting sweetness that differentiates it from other oyster varieties. It has a mineral intensity and copper-like finish that can be enjoyed raw, roasted or shallow-fried in a light batter for seasonal or regional nuances.

The distinctive flavours of the Sydney rock oyster pair well with fine wine or bacon and Worcestershire sauce, which brings out the briny notes that complement the fatty richness of cured pork. 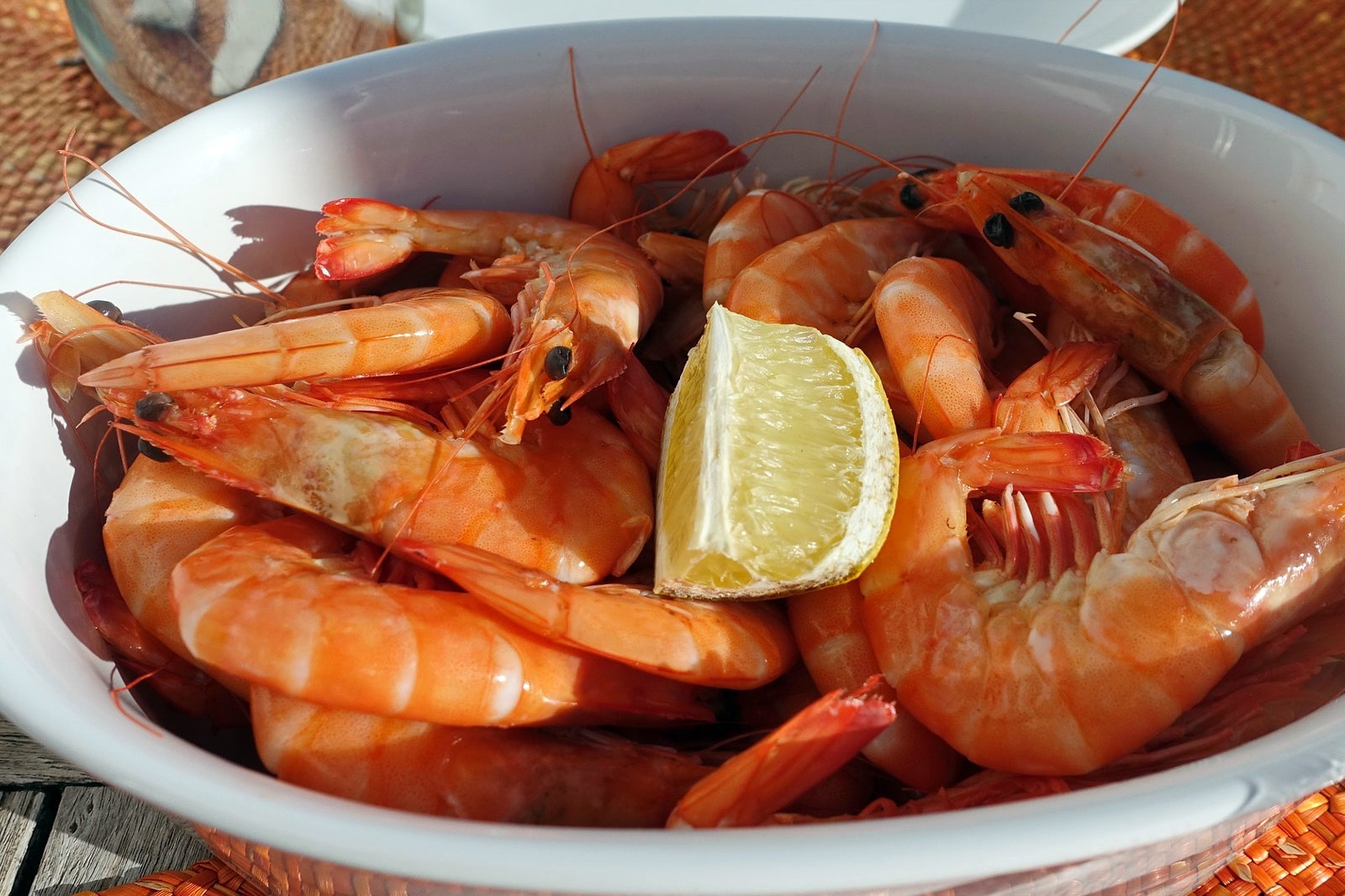 The balmy climate and year-round sunshine bring a bounty of lush seafood, including sweet, succulent prawns that come in different varieties with unique flavours. King prawns have a sweet, rich flavour and moist flesh that’s perfect for a cocktail dish with dipping sauces, though they can be prepared in a variety of different recipes.

Tiger prawns are a beautiful and delicious variety with a medium flavour, often added to soups or paired with mayonnaise or aioli. Most prawn species are great either battered, crumbed or used in tempura dishes, or combined with other regional ingredients for casseroles, paellas and laksas. 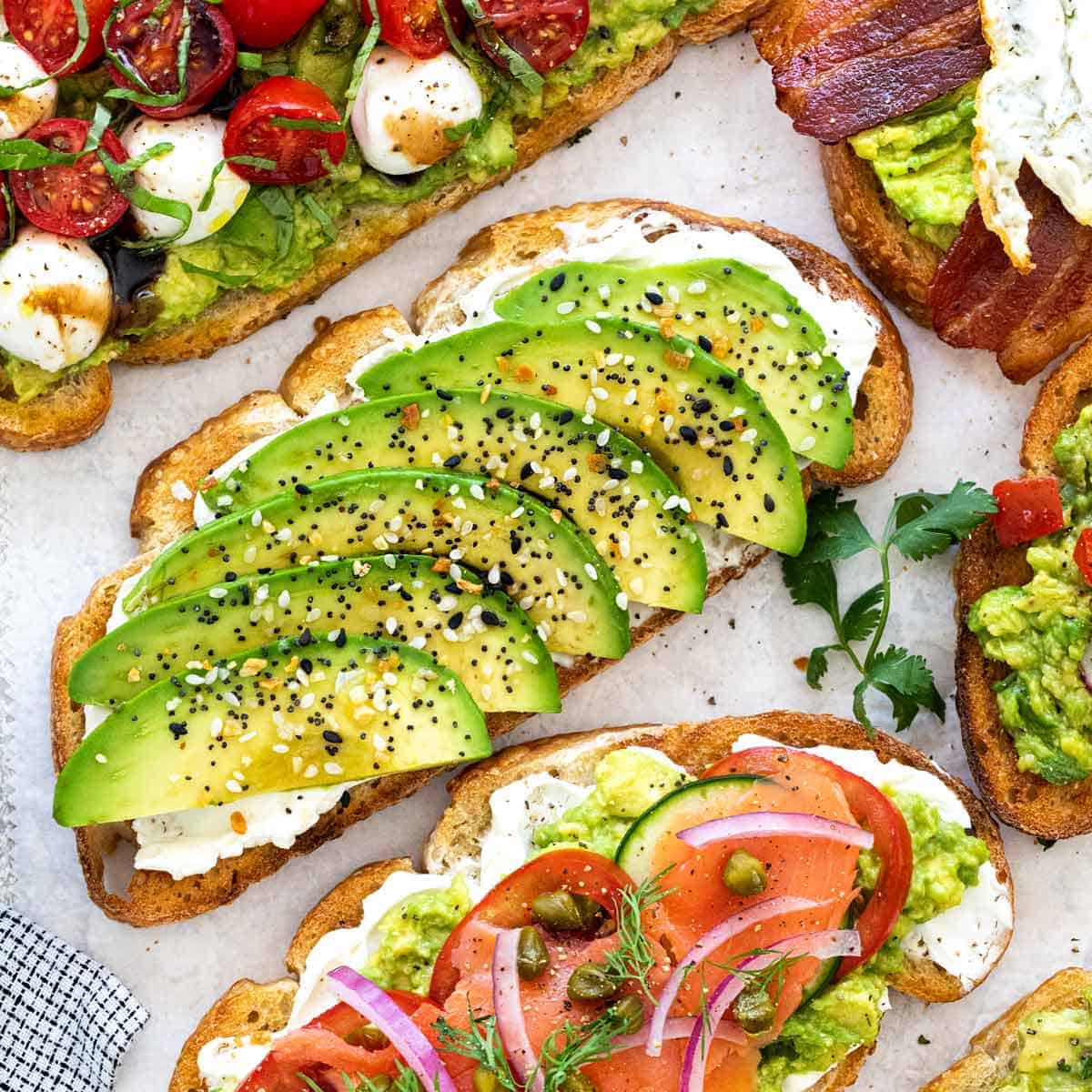 Avocado is a nutritious staple in many Australian recipes, especially for breakfast. Avocado is often mashed onto 1, 2 or 3 slices of toasted, crusty bread for a morning dose of fat and flavour that’s different from butter or margarine.

In some spreads, avocado may be combined with feta cheese, sprinkled with sesame seeds, drizzled with olive oil or topped with poached eggs for a unique blend of flavours. You may also find avocado on toast served with black sesame and beetroot hummus, adding some strong flavours and additional nutritional benefits to your breakfast. 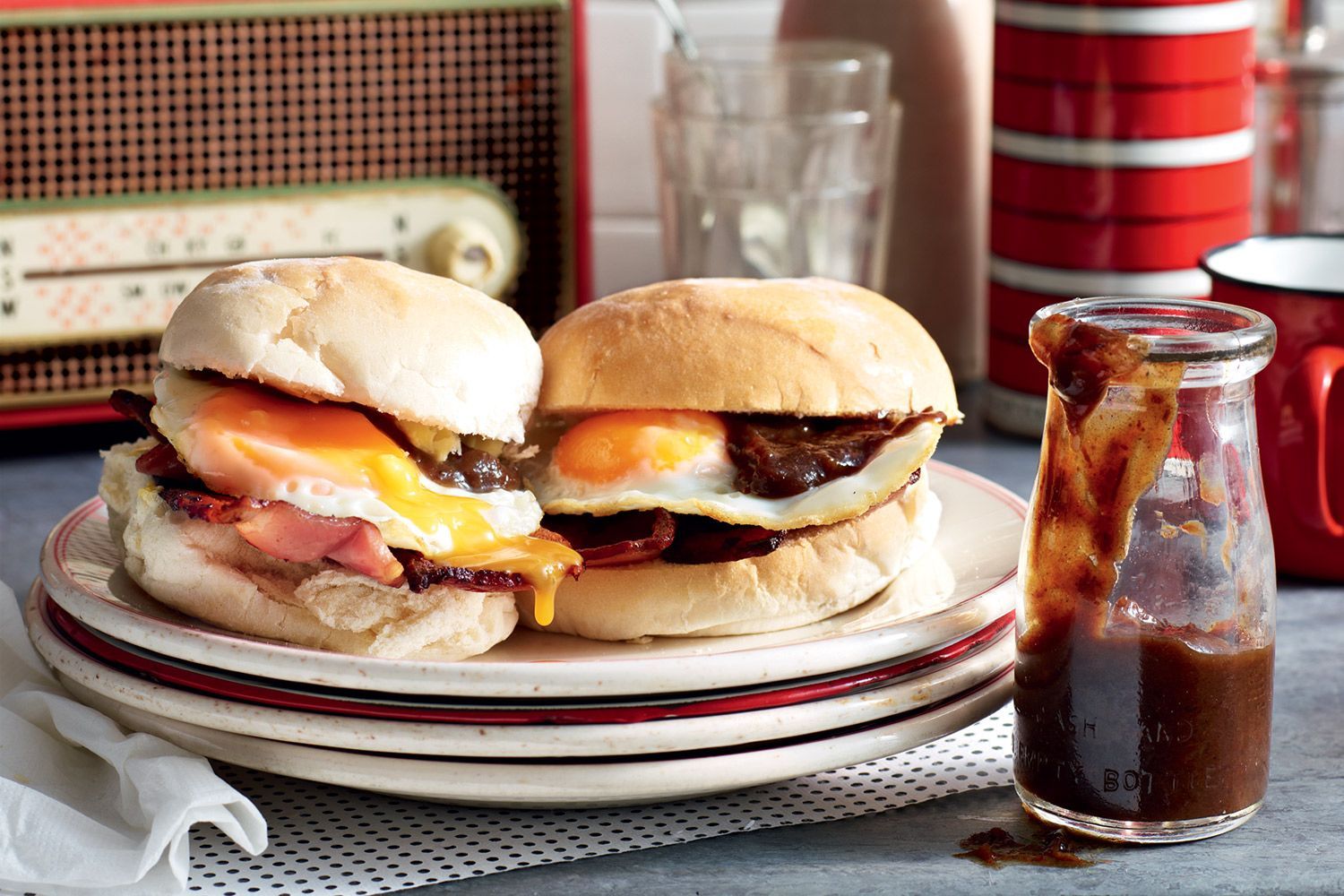 Bacon and eggs for breakfast is a British tradition that influenced Australian mornings, but the dish has been transformed into a portable breakfast snack that’s distinctive to the city or region.

In Sydney, the bacon and egg roll may be combined with caramelised onions and fresh tomato relish served on an artisan bread roll and filled with grains or seeds. They can also be stuffed with smoked bacon and a fried egg on fresh-baked bread. Whichever way it’s prepared, the bacon and egg roll is a quintessential breakfast food that pairs nutrients with local flavours for a hearty, satisfying morning meal. 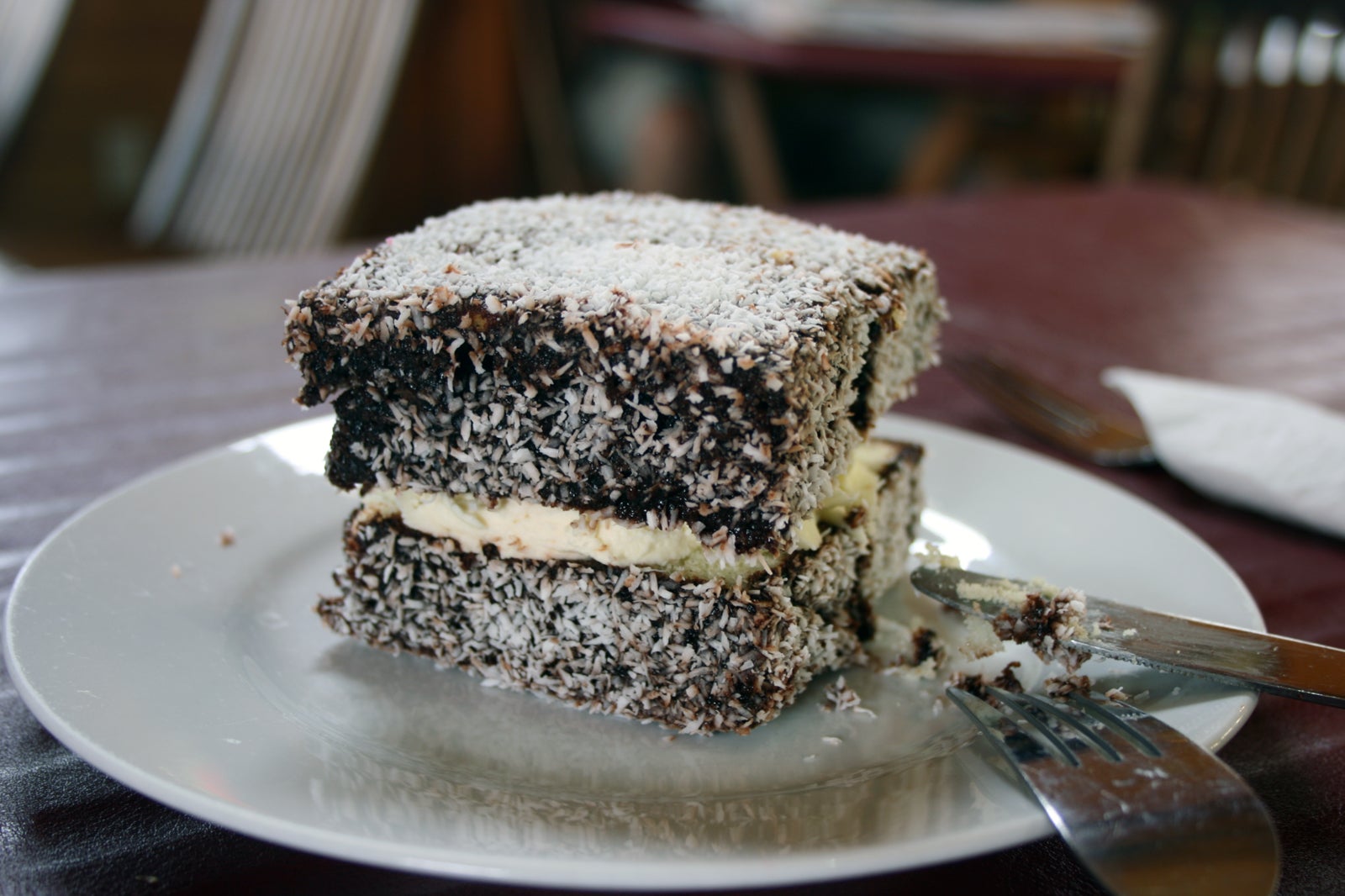 A beloved local delicacy that’s considered to be the national cake by many, the lamington is a moist, sweet square of sponge cake that’s soaked in rich chocolate sauce and rolled in flaky coconut.

Lamingtons can be found in a variety of cakes at bakeries using creative twists on the classic recipe. Some bakeries prefer to add jam and cream to the centre for a sweeter flavour and richer texture, or topped with salted caramel or dulce de leche for an indulgent dessert. 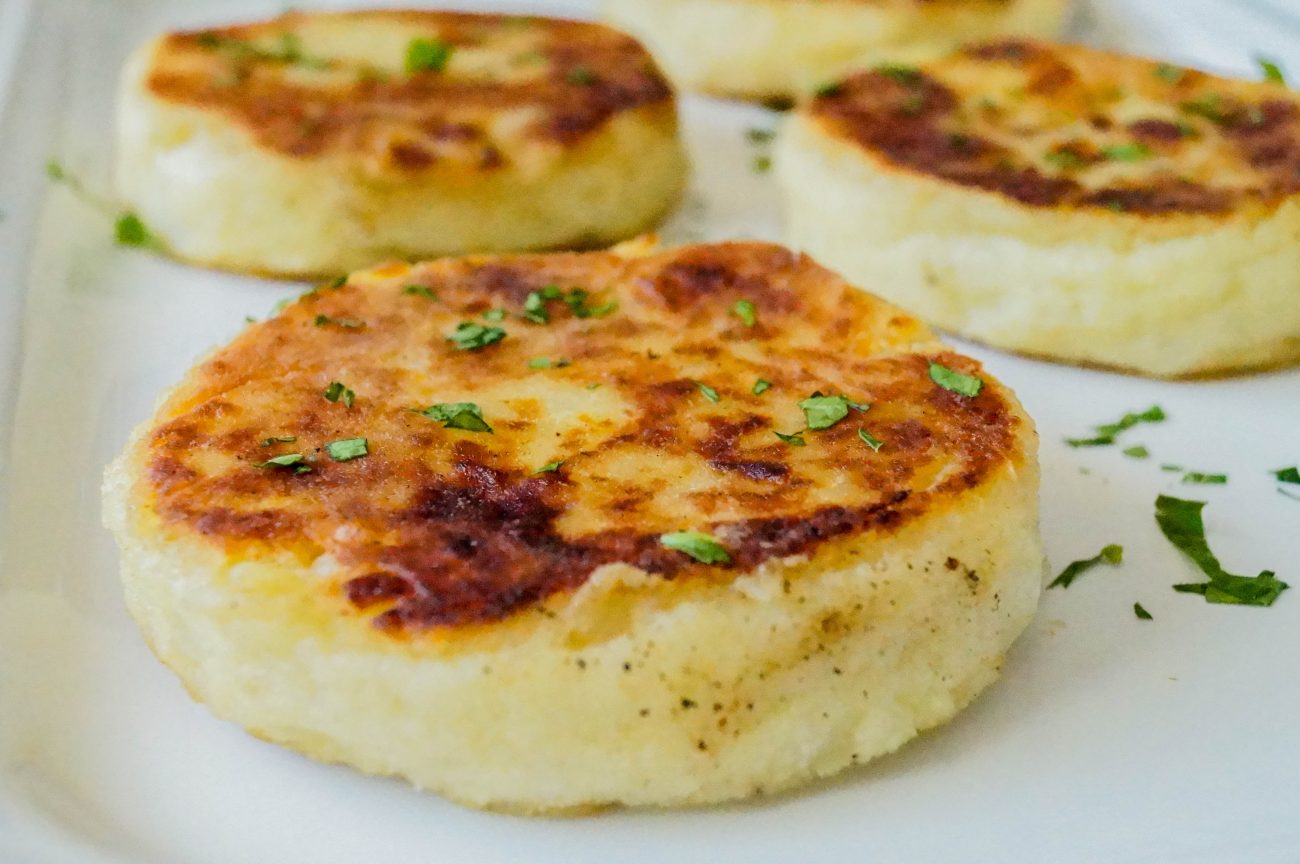 The fried potato cake is a common staple that’s loved by many Australians for its rich, crispy outer shell and soft, airy inside. The mild flavours of fried potato also pair well with a variety of other staples, such as smoked salmon, eggs and avocado, making it suitable for any meal.

In some restaurants and takeaways, fried potato cakes may be used as an accompaniment for fish and chips, often using the same batter recipe to add layers to the flavour experience. 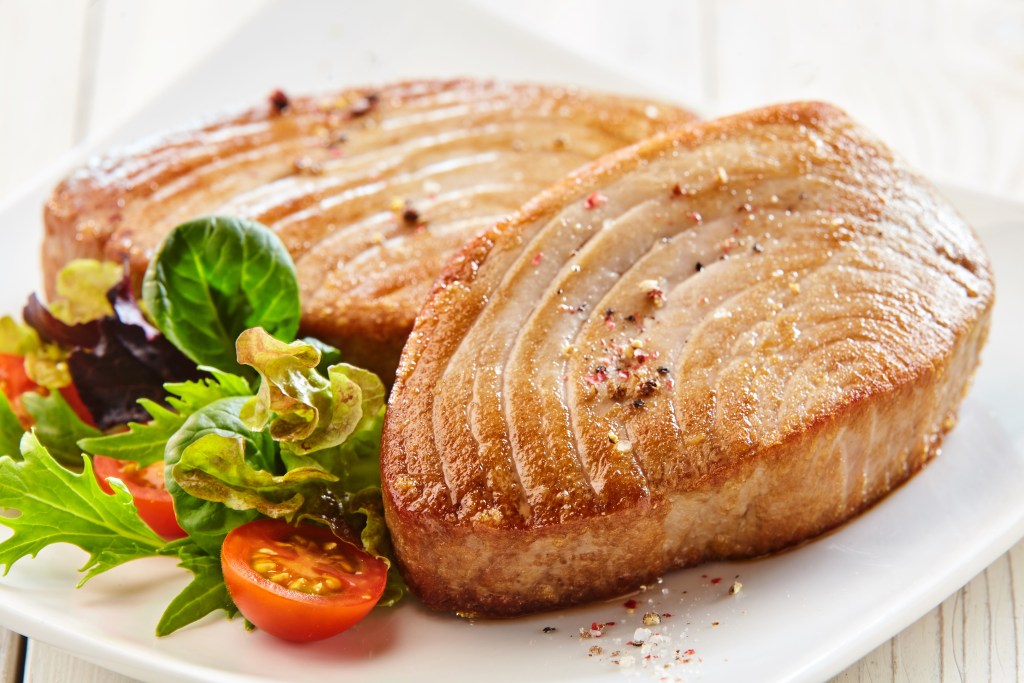 Yellowfin tuna is a common fish used in sashimi and sushi, but its abundant population in Australian waters makes this one of the most popular fish in Sydney and among the best food in Australia. Similar to steak, yellowfin tuna has a mild, meaty flavour, with bright-red meat that is firm, moist and flaky, making it a great choice to consume raw.

Yellowfin tuna cutlets and steaks can be cooked by grilling, baking, smoking, poaching, marinating or barbecuing and are usually best when seared on the outside and left red on the inside. When paired with powerful flavours, such as charred capsicum, balsamic vinegar, eggplant, wasabi or bitter greens, the taste of yellowfin becomes even more distinctive. 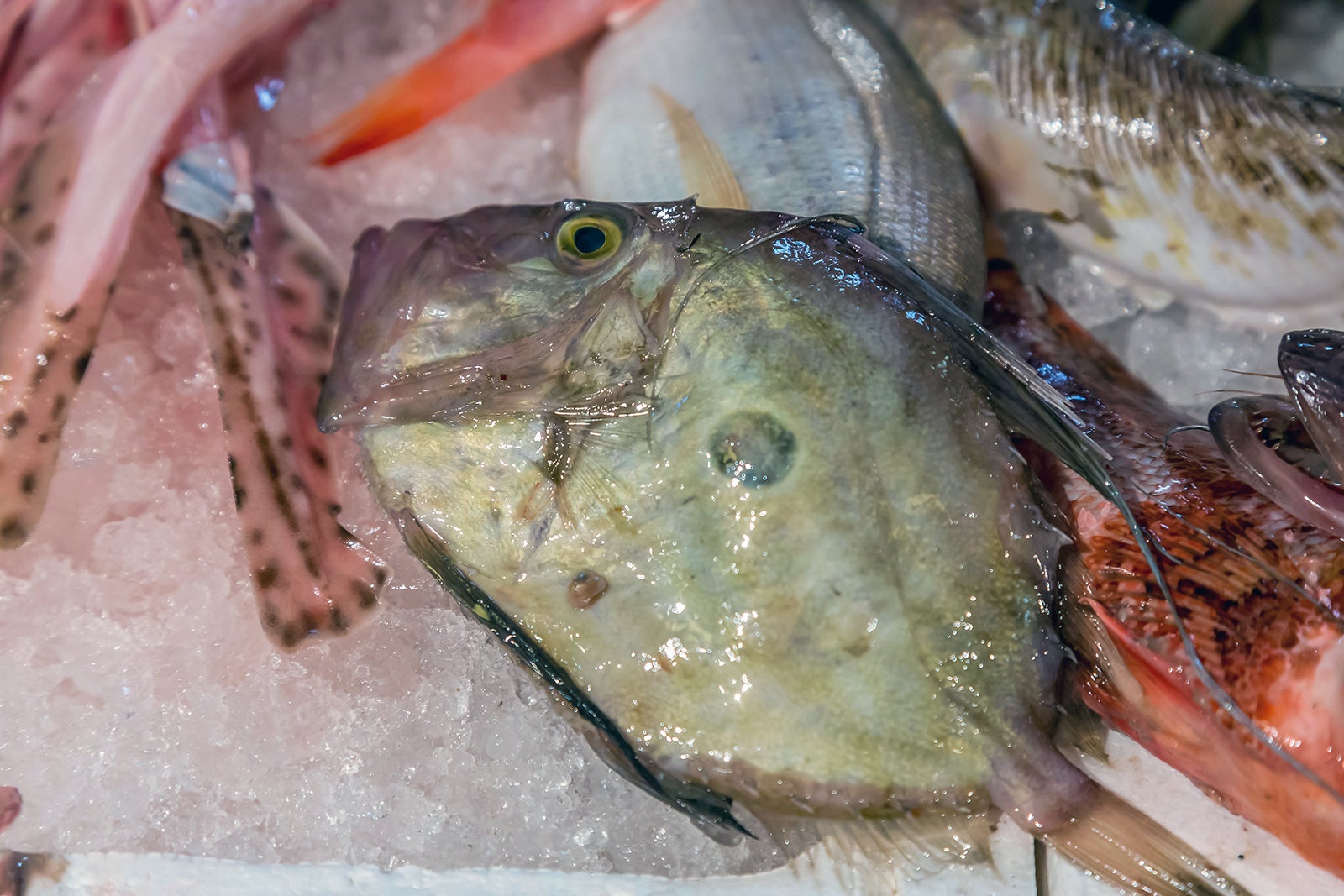 Commonly found in the waters of Sydney Harbour, John Dory is a popular fish variety that’s suited to an array of fish recipes. It has delicate, white flesh and a firm, flaky texture with a mild, slightly sweet flavour that complements different traditional herbs, spices and preparations.

John Dory can be steamed, poached, breaded and fried, baked or sautéed with different local seasonings and vegetables. John Dory is also low in fat and has a buttery, melt-in-your-mouth feel that makes it suitable for everything from fine-dining recipes to traditional fish and chips. 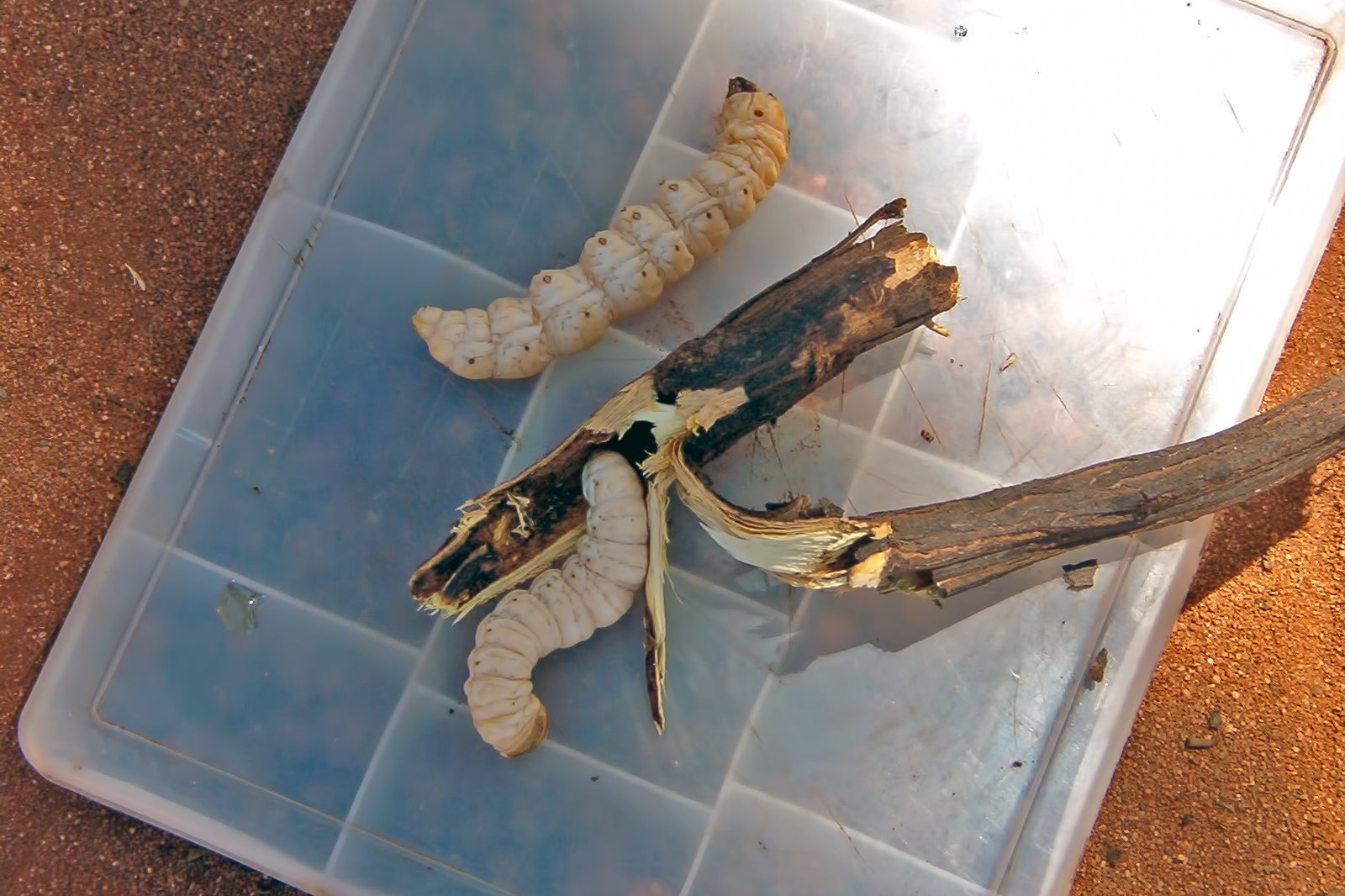 It’s not something you’ll find on most menus, but this authentic indigenous staple, the witchetty grub, has been a common meal that’s been enjoyed in Australia for thousands of years. Though it can be eaten raw and boasts a strong, nutty flavour, witchetty grubs can be cooked to produce a crisp, crunchy skin that’s similar to roasted chicken and with a light-yellow interior resembling a fried egg.

It’s also a high-protein, nutrient-dense alternative to meat. For the most authentic experience, you can watch an indigenous person locate and harvest the grub to be consumed raw.